Tepper, BofA give $1M each for COVID-19 relief 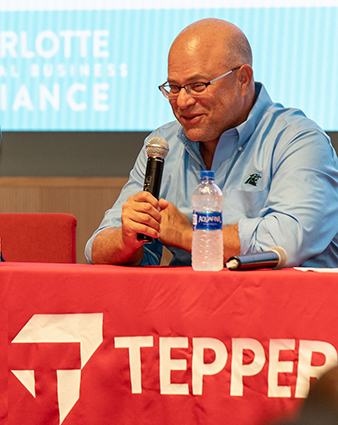 Carolina Panthers owner David Tepper and Bank of America Corp. committed $1 million each to a community COVID-19 relief fund on Thursday, pushing the fund-raising effort to nearly $8 million in the span of four days.

That amount already eclipses a similar, months-long campaign in the 2008 financial crisis that generated a total of $6.6 million.

The previous effort, started in the teeth of the Great Recession, began with philanthropists Leon and Sandra Levine donating $1 million to a relief fund started by the Foundation For The Carolinas to help those most in need survive amid rampant job cuts and financial carnage.

That fund reached $1.5 million by the end of its first month. All of the money, controlled by a community committee, was donated to various nonprofits to help people in the direst circumstances.

This week, the foundation, in partnership with United Way of Central Carolinas, started the COVID-19 Response Fund. The David A. Tepper Charitable Foundation and Bank of America on Thursday committed $1 million to push the four-day total for the COVID-19 Response Fund to $7.8 million. As was the case a decade ago, the money raised will be used to help people facing the most severe hardships.

“David Tepper is a winner in the sports arena but, more importantly, he is a champion in the philanthropic field,” Marsicano told me Thursday. “This extraordinary gift will help thousands of citizens in dire circumstances.”

It’s a strong start, but it is only a start.

Needs will shift and evolve over time and most health experts anticipate months of spiking illness rates, deaths, and attendant financial hardship.

Laura Clark, the United Way CEO, spoke to a nonprofit agency leader this week and told him not to try to predict what might be needed in six months, asking him instead to tell her what people need now. The agency leader responded by telling Clark he would be hesitant to forecast what would be needed in six hours, nevermind days, weeks or months.

According to the county health department, 30 people had tested positive for COVID-19 as of Thursday, up from 14 the previous day and two a week ago. There are 97 cases statewide. So far, there have been no deaths in North Carolina from the virus.

The Foundation For The Carolinas has spent the past several years raising hundreds of millions of dollars to address a lack of affordable housing (estimated at more than 30,000 units and growing) and the city’s ranking as the worst in the nation for economic mobility.

With the COVID-19 fund, he and Clark haven’t set a target amount because they have no idea how much will be needed. For perspective on the surging needs, look at the response by the federal government. In a matter of days Congress went from approving $8.3 billion to help manage the pandemic to urgently pushing for what will likely be trillion-dollar stimulus packages.

Last weekend, LendingTree CEO Doug Lebda approached Marsicano, who with Clark was already planning a response fund, with a $1 million pledge to start the campaign.

Marsicano, Clark and Lebda announced the COVID-19 fund Monday at the Government Center with City Council and Mayor Vi Lyles attending, just before the city pledged $1 million. Lebda and Marsicano had not met until then.

Beyond BofA, donors include Truist Financial, the Howard R. Levine Foundation, and city and county government.

Charles Bowman, the bank’s top local market executive, said in a statement, "Many of those who live here, like many others around the world, are hurting because of the coronavirus crisis, and this fund is a way to deploy resources to immediately address some of their most basic needs.”

Marsicano told me one aspect he’s encouraged by is companies that are providing services and benefits for their own employees while also helping with donations within their spheres of influence. Charlotte-based Truist is reimbursing its employees for child-care stemming from the virus and increasing related benefits as well as paid time off; Duke Energy and other utilities have promised not to cut off service during the pandemic as people struggle to pay their bills; and so on.

There are many other things companies can do to make tangible differences, and Marsicano hopes to relay ideas and suggestions soon in a community letter.

Another example surfaced Thursday, when SREE Hotels unveiled a program to use its Embassy Suites kitchen to prepare and provide free take-away meals for employees and their immediate families.

Vinay Patel, SREE principal and head of external affairs, did not have specific figures but said the majority of the company’s employees at its 12 Charlotte area hotels have had their hours reduced in recent days because of lost business. The number of rooms filled has gone from a norm of 80% or so to 15% to 20% almost overnight, he said.

An ongoing contract — still intact — to provide 35 to 50 rooms for military recruits Monday through Thursday at the company’s Embassy Suites hotel located on South Tryon Street includes a provision to provide those guests breakfast and dinner daily. With that in mind, and to keep at least a portion of kitchen staff working, Patel and SREE decided to start the meals program for employees. Every afternoon, any affected workers from any of the 12 area SREE hotels can sign up and pick up meals for their families.

To make it through the pandemic, Marsicano said a multi-faceted approach is needed. Not just a community fund, not just help for employees by their employers, not just government relief and stimulus. All of those things and more.

LendingTree’s Lebda and former Family Dollar CEO Howard Levine began peer pressure campaigns to encourage more donations when they announced their gifts to the COVID-19 fund and organizers see that paying off already.

“They step up when asked and when the needs are there,” Clark said of Charlotte corporate leaders. “I’m confident that, like every time before, we’re going to be able to come together as a community and meet the needs as best we can.”

The United Way CEO said the difference this time is the scope of the problem and its duration. No one knows how long this might last and, as nearly every industry shut down or slowed to a trickle this week, even a conservative estimate of two months of inactivity is likely to cripple families and companies alike. Already, to cite one on many examples, Gov. Roy Cooper has asked for and received a disaster declaration by the U.S. Small Business Administration to help businesses secure lower-interest loans for recovery.

As always, the devastation will hit the most vulnerable people hardest. If a person lacks shelter or food or health care or reliable income — or, more likely, all of the above — how much worse do those circumstances become when many more people are thrust into the same overwhelmed system of social services because of a pandemic?

All of the problems are intertwined. The main focus is, appropriately, on testing and treating people while reducing exposure and infection through quarantine, isolation, social distancing, and hand-washing. But for a nonprofit to help families find shelter or medicine or transportation, they must have, to cite but one obvious example, the laptops and networks to allow people to work remotely and avoid community spread risks.

“We have a lot of nonprofits that have not had the luxury of investing in technological infrastructure,” Clark told me. A small portion, as yet undetermined, may be used to sustain agencies as part of the COVID-19 fund, Marsicano said. The overwhelming majority will go to agencies to distribute to people who are most in need.

Mecklenburg County commissioners Mark Jerrell and Vilma Leake raised concerns about accountability and full disclosure soon after joining their colleagues in a unanimous vote Tuesday to provide $1.3 million to the COVID-19 fund. Marsicano and Clark told CBJ that regular periodic updates and full audits will be part of the public reporting of how the money is spent.

Clark is heartened by what she’s heard so far from nonprofit colleagues around town.

She’s heartened and she’s worried. Worried because many of the nonprofits called upon for support already face enormous financial pressure. Now they’re being asked to take on what looks like the greatest public health challenge in a century.

Clark is already hearing from people on the front lines who are frazzled by the enormity of what they’re seeing and hearing every day: People who are sick, people who don’t have child care, people losing jobs, people who don’t have enough to eat. In typical fashion, she said nonprofit workers have raised concerns about coping while saying mental-health needs for agency staffers can wait until later. Clark isn’t so sure: She fears burnout and stress could overwhelm those on the front lines.

Broadly speaking, “I’m very concerned about the health of our nonprofits through this because they’re the ones we need the most out there delivering the services and they’re facing the exact same issues everybody else is. What happens if they can’t adopt their business model to be able to deliver services in a way that keeps everybody healthy and safe?”

Amazon to Hire 100, 000 Employees and Increase Hourly Pay to Support Communities During the Crisis 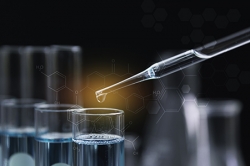 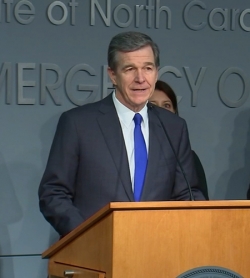 Stay Up To Date With The Latest Happenings.